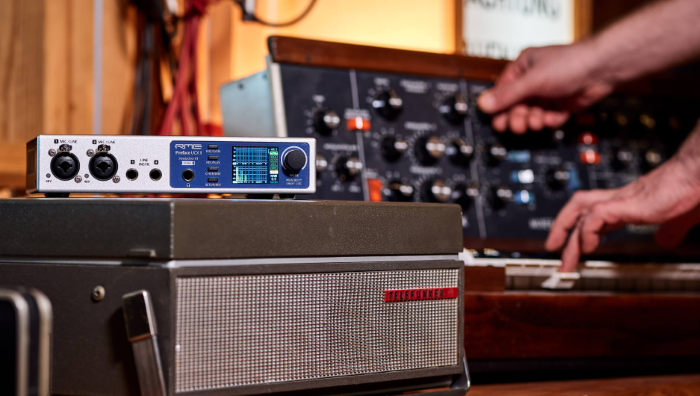 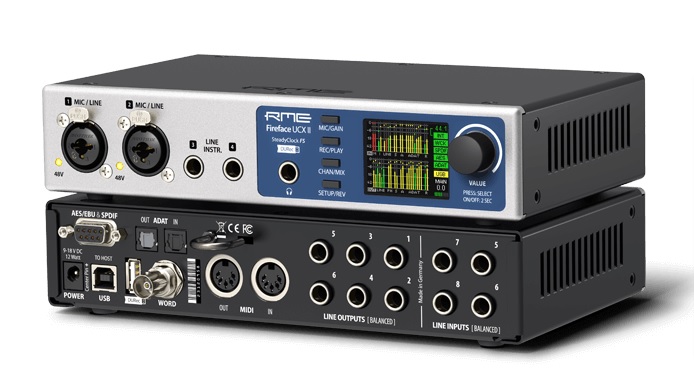 The Fireface UCX II operates in two different modes: driver-based USB2 and Class Compliant. The Class Compliant mode is a standard that is natively supported by operating systems like Windows, Mac OSX and Linux distributions. No proprietary drivers are required, the device will be directly recognized when the CC firmware is loaded. The device is able also to operate fully stand-alone, without any connected computer. 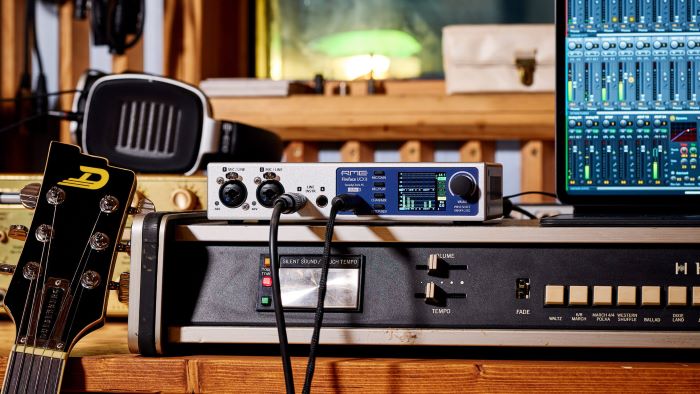 The Fireface UCX II comes with the TotalMix FX DSP mixer offering comprehensive routing and monitoring options, as well as the DIGICheck Analyzer allowing to measure and analyze the digital data feed in both directions with maximum precision. Other interesting features are the DURec, an integrated digital recorder for all inputs and outputs directly to USB memory devices via the rear USB port, and SteadyClock FS Technology, that reduces the intrinsic jitter when converting from and to analogue over all digital formats. The RME FireFace UCX II will be available from July.