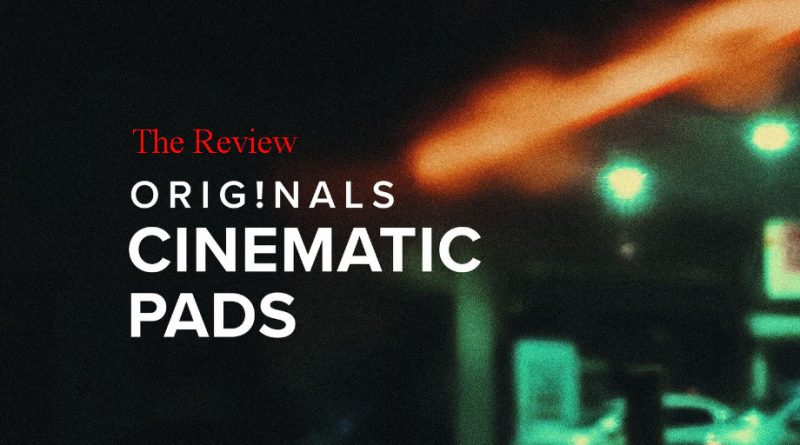 A collection of high-quality evocative and suggestive sound-pads, designed and assorted specifically for composers and sound designers.

Cinematic Pads is one of the recent virtual instruments of the ORIG!NALS series by Spitfire Audio, an English company known worldwide for the quality of its sound libraries intended for the professional sector. This title, designed specifically for composers and sound designers in constant search for evocative and suggestive sounds to be included in their works, contains 23 ready-to-use classic pad-sounds derived from the manipulation of symphonic orchestral recordings, originally captured at AIR Studios, London. In the functional architecture of Cinematic Pads, each preset is obtained by mixing three sound sources called signals, created using outboard, hardware reverbs and effects.

Cinematics Pads works in plug-in mode within DAWs and sequencers compatible with the following architectures: AU, VST2, VST3, AAX. For installation, a disk space of about 3GB and a recent generation operating system is required: Windows 7/8/10 (PC), Mac OS X 10.10 or later (Mac). We tested the software on a PC-Windows 10 system equipped with the DAW Steinberg Cubase 11 Pro and Reason 12, and the MIDI Keyboard Controller Arturia MiniLab MkII Orange Edition, of which you can read our review at this address.

The installation of Cinematic Pads is simple and takes place in a few steps. First of all, you need to create a personal account on the SpitFire Audio website, a prerequisite for purchasing the product, after which you can download and install the Library Manager proprietary software from the address www.spitfireaudio.com/info/library-manager.

Once the Library Manager has been started, simply enter your personal credentials, those relating to the account created on the Spitfire Audio site, define the destination paths for the installation of the plug-in and sound library and then proceed with the actual installation of the software.

Just press the INSTALL button visible next to the title to be installed and follow some simple on-screen instructions to complete everything in a few minutes.

Unlike many other SpitFire Audio‘s libraries, Cinematic Pads does not require a third-party plug-in. Usually, in fact, Spitfire Audio’libraries work with the sample-player/sampler Kontakt by Native Instruments. In this case, the Cinematic Pads works through a proprietary plug-in designed for playing and editing the sample-sounds included in the package. The control interface of the SpitFire Audio‘s player is essential but functional. It’s organized into 5 sections. The first, visible at the top, allows you to adjust global parameters such as volume, pan, pitch and the MIDI channel used for hardware/software interaction, as well as monitor essential indicators such as memory occupation and impact on system resources (CPU and disk).

Continuing, we have the slot for loading library presets and the SAVE button (visible on the right) for saving custom patches. A little further down there are two sliders: one for volume adjustment and one for dynamics; in the latter case managed by controlling the cut-off frequency of a low-pass filter (LPF). A little further to the right, however, a generous potentiometer that switches its function by clicking on the switch positioned in the center, and which allows you to adjust one of the following parameters: reverb (Reverb), attack (Attack), release (Release) and distortion (Distort).

Each Cinematic Pads preset is the result of mixing three sources (Mellow, Bright and Cinematic), individually adjustable using the three sliders visible in the lower left section of the interface. This section also houses four virtual knobs for individual adjustment of reverb (Reverb), attack (Attack), release (Release) and distortion (Distort). Finally, a little further down, is a virtual keyboard complete with mod-wheel for pitch–bend and modulation control.

Using the native player provided with Cinematic Pads is simple, immediate and intuitive. Once a preset has been loaded, it is possible to derive a virtually unlimited number of variants simply by acting on the Signals controllers that the interface makes available, and/or by modifying the attack/release times of the sound or the amount of effects. Once you have achieved an appreciable result, just save and that’s it.

The presets included in the package offer high-quality sounds, particularly suggestive and evocative, which easily adapt to a wide range of musical genres and especially for writing to be used for video and film sound.

SpitFire Audio Cinematic Pads offers, at a very affordable cost, a top-notch tonal palette, excellent for enriching the sound arsenal of composers and sound designers of all levels. The native player is stable and works well.

Among its most interesting features we also point out the possibility to choose between different dynamics response curves, to tune the instrument on a frequency between 390 and 500 hertz and the MIDI Learn function, which allows you to drive the software using a hardware controller equipped with potentiometers and faders. Cinematic Pads is available on the SpitFire Audio website at a cost of 29 euros.