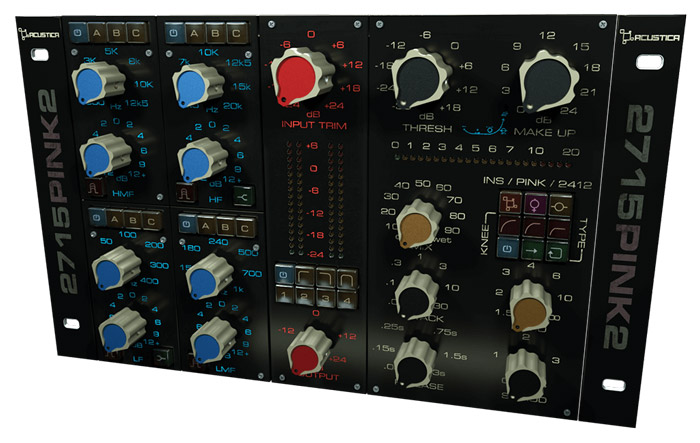 The renowed company Acustica Audio has released Pink 2, a VST/AAX/AU plug-in bundle built around a collection of well-known vintage audio gear that is still built to this day and enjoys a great deal of admiration among engineers all around the world.

Based on proprietary convolution algorithms, Pink2 features preamp, EQs, compressors and a complete channel strip. PINK2 is the first of Acustica Audio plug-in based on new CORE 12, a technology that promises better performances and sonic quality.

The software consisting of 6 different plug-ins: