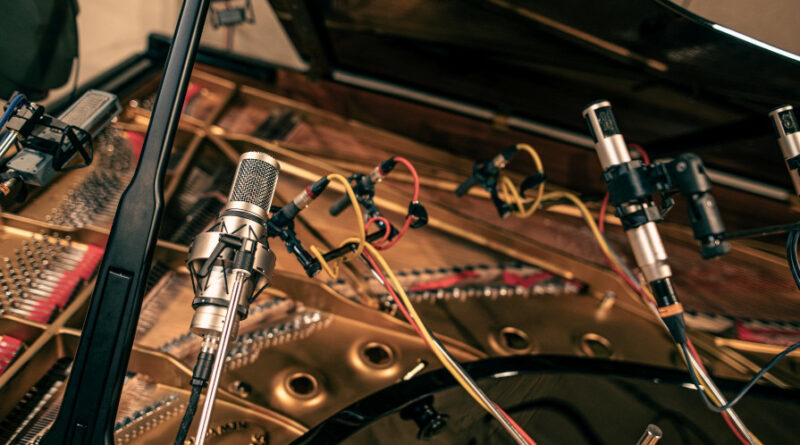 MeldwayGrand is a new premium sampled instrument like no other. From a certain point of view, it is even better than the real thing. Meldway Grand can be more dynamic than the original. Great for classical music, ambient emotional stuff, soundtracks, you name it. Meldway Grand lets you reverberate the sympathetic resonances, producing an unbelievable sound for every emotional genre, something you just won’t be able to shake off. Steinway D is one of the best, this one especially. It’s huge, so the low keys sound perfect. It’s silky smooth, and dynamic. To create Meldway Grand we spend days in a studio of Prague’s music academy. We used several microphone pairs and chose the best seven, which we included in Meldway’s over 40GB sample library. Meldway Grand lets you freely mix all the sources. 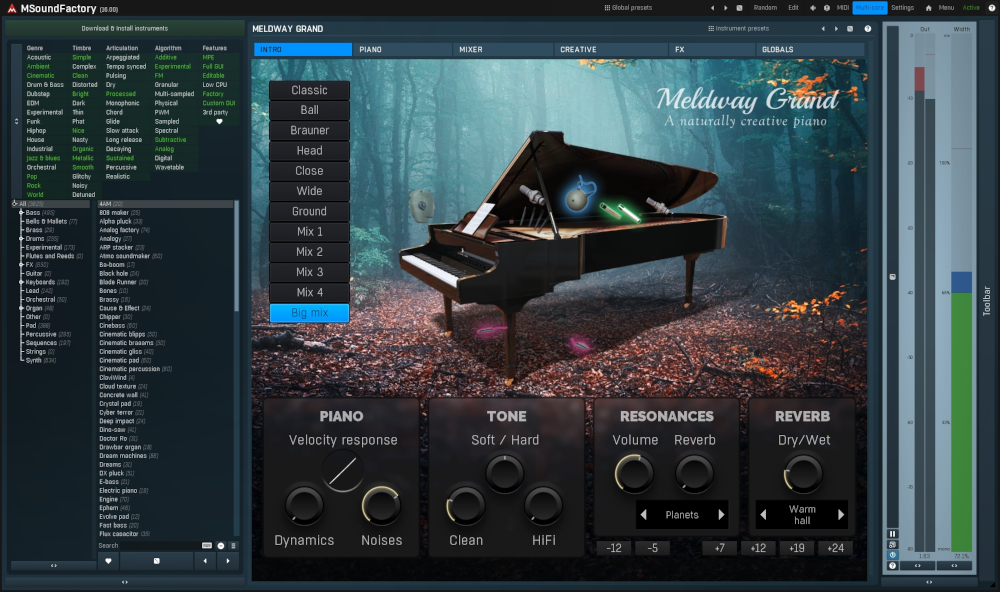 Meldway Grand is not just a perfect concert piano with the necessary set of specially tuned mixing effects. It also carries a set of creative effects that can turn this beautiful piano into something completely different. A 15-day fully working trial version of Meldway Grand is available. To get it, simply run MSoundFactory (any version), download and install it within the instrument as described in the following video. Get MSoundFactory trial version if you don’t already use it here. The price of Meldway Grand is set to €99, but you may get it for €49 until the end of November. Until the end of October, you may also take the advantage of the 50% discount on both MSoundFactory versions that will give you DreamMachines, Meldway Grand and future Premium instruments for free.
Info: Melda Production