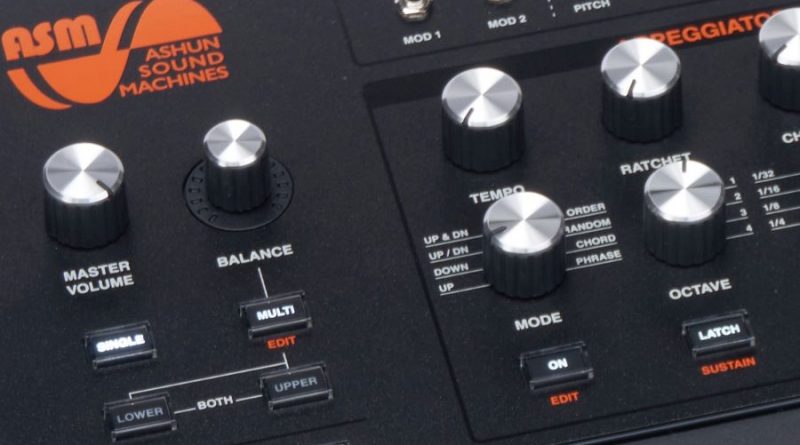 Good news for the chinese brand lovers ASM, aka Ashun Sound Machines. The young and renowned company, in fact, has announced two new HydraSynth lineup’s models: Deluxe and Explorer. The first one features a dual sound-engine capable of 16-voice polyphony, combined with a 73-key keyboard with velocity and polyphonic aftertouch. Each of the two sound engines features 3 Oscillators, dual Wave Mutators and 2 filters, that can be configured in series or parallel. Both of the sound engines has its own separate balanced analog audio outputs.

Oscillators 1 & 2 are routed into Mutators. The Mutators allow you to modulate, bend and sculpt the sound in new and old ways. The Mutant’s can also generate its own waveforms in both FM and Sync modes so that you do not have use another oscillator. A 4-octave Ribbon Controller, perfectly situated above the keyboard, allow you to add expression to any patch-sound. The Ribbon Controller is freely assignable as a source in the Mod Matrix, but it can also be used in Theremin Mode where it will send both trigger and pitch. A complex Modulation Matrix system offers  modulation capabilities virtually endless.

HydraSynth Explorer comprises an advanced wavetable synthesis engine, 3 Oscillators, dual Wave Mutators and 2 filters that can be configured in series or parallel.