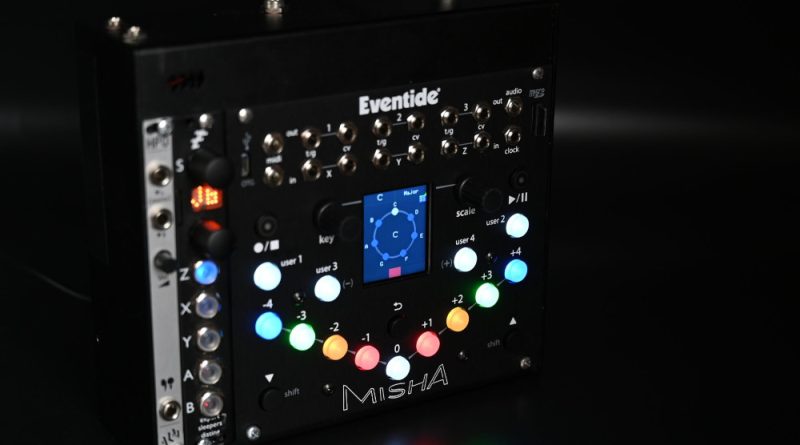 Misha is an innovative Eurorack instrument/sequencer that utilizes a unique, interval-based approach to playing and creating melodies. It’s designed to be played like a keyboard instrument and yet it makes music in a way unlike any instrument before it. In addition to playing it live, you can also record sequences that can be modified in a multitude of ways, allowing for new paths of spontaneous creativity.

Eventide Misha has a way of helping you discover new musical ideas, even ones you didn’t consciously create. The interval-based approach introduces a new perspective even for a trained musician, but offers the untrained a simple path to creating melodies. Create a simple melody or sequence, change the key and scale, and manipulate the pattern into a whole new creation! Inspired by twelve-tone composition, Misha’s sequencer expands upon the tone row technique, allowing for new paths of spontaneous creativity. Modify your sequence using some of the classic techniques such as Prime, Retrograde, or Inverted playback, or completely rearrange your sequence in unpredictable and exciting ways.