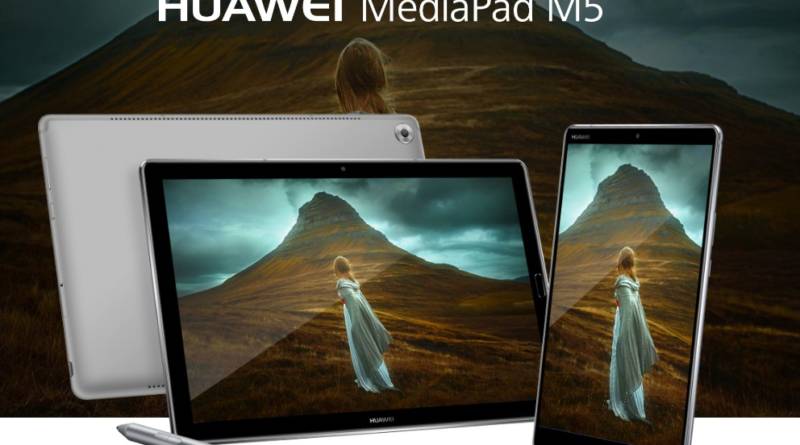 The new tablet will be produced in three variants with prices starting from 2,088 yuan, around 330$.

After the presentation during the last Mobile World Congress 2018, Huawei’s new MediaPad M5 is ready for launch. The debut market is the Chinese one, where it will be offered in three versions: M5 8.4″, M5 10.4″ and M5 Pro.

All models are equipped with 2k screen, 4GB of RAM, 32GB to 128GB storage and HiSilicon Kirin 960 processor. The camera department features two units: a 13-megapixel main camera and 8-megapixel selfie-camera. Huawei MediaPad M5 is powered with batteries from 5.100mAh to 7.500mAh. On board the operating system Google Android 8.0 Oreo. Among the noteworthy features stand out the fingerprint sensor, the Face Unlock technology for face recognition and the high-resolution sound system by Harman Kardon.